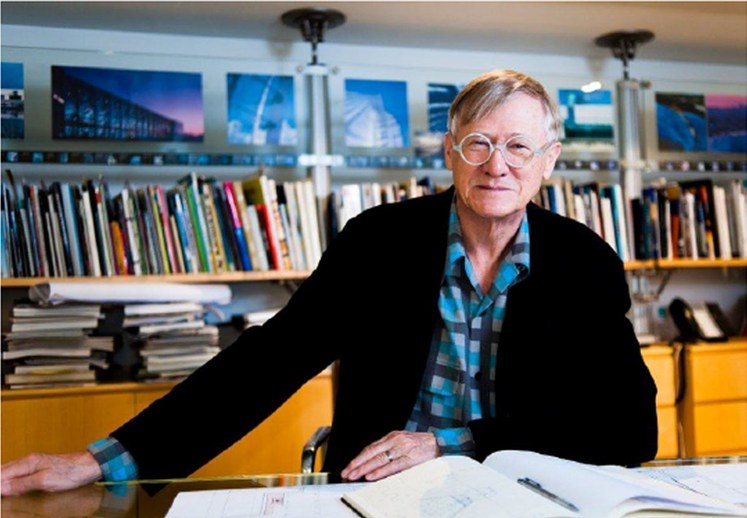 Grimshaw was founded by Sir Nicholas Grimshaw in 1980. The practice became a Partnership in 2007 and operates worldwide with offices in Los Angeles, New York, London, Paris, Dubai, Melbourne, and Sydney, employing over 650 staff. Grimshaw’s international portfolio covers all major sectors, and has been honoured with over 200 international design awards for its commitment to design excellence. The company’s work is characterised by strong conceptual legibility, innovation and a rigorous approach to detailing, all underpinned by the principles of humane, enduring and sustainable design. The practice is dedicated to the deepest level of involvement in the design of its buildings in order to deliver projects which meet the highest possible standards of excellence. Grimshaw was awarded the 2016 and 2018 AJ100 International Practice of the Year Award for the firm's breadth of work around the globe.