The project was conceived in 1969 by then French President, Georges Pompidou. An international competition was launched by the French Ministry of Culture in 1971, which Renzo Piano and Richard Rogers entered and won.
geolocalizza 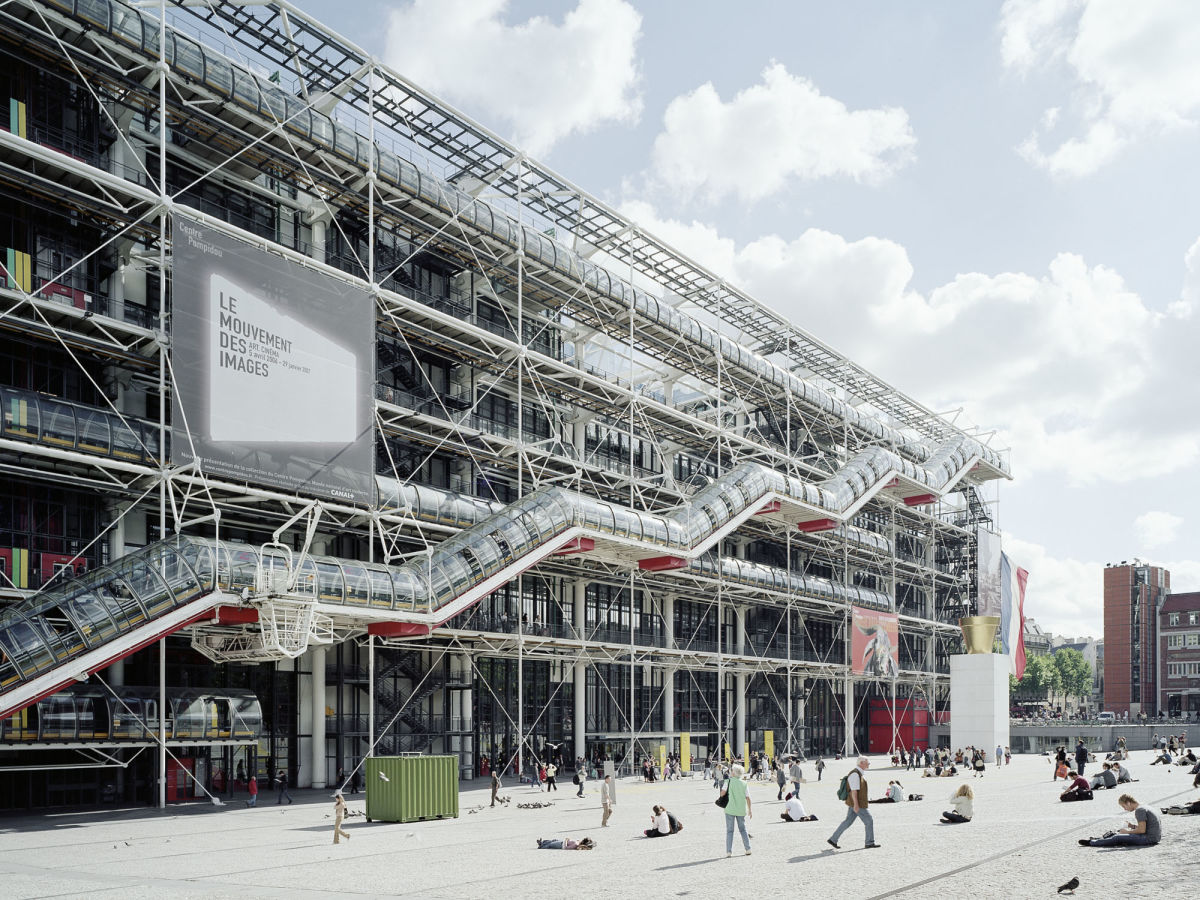 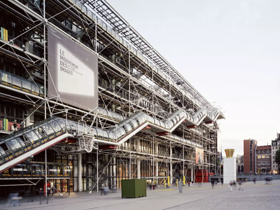 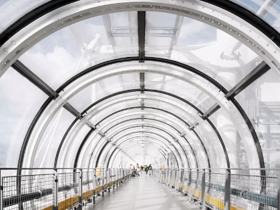 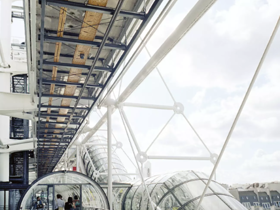 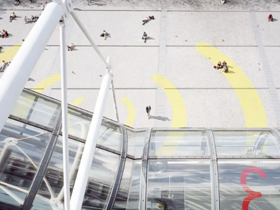 The two-hectare site, the ‘Plateau Beaubourg’, lies on the edge of the Marais right in the dense urban fabric of old Paris. Half of the area is taken up by the building with the other half, following a radical design strategy, devoted to the creation of a public space – the piazza, ‘parvis’, that gently slopes down to the lower-ground-floor entrance hall. The entire structure of the 10-floor building (7 above ground, 3 below) is made of steel. Huge 48m warren trusses span the full width of the building. They are connected to columns at each end by a die-cast steel ‘gerberette’. This massive, visible set of structural components removes the requirement for internal support and thus enables the creation of huge open spaces. The resulting 50 x 170m plateaus can be arranged and equipped for any activity. To achieve maximum flexibility within these vast internal spaces, the services and circulation have been placed outside them. Lifts and escalators are contained within the support structure on the piazza façade. Escalators zig-zagging through transparent tubes up the front of the building afford increasingly extraordinary views out over Paris. The colour-coded utilities (blue for air, green for water, yellow for electricity and red for vertical circulation) are positioned along the Rue Beaubourg, street-side façade. Deliberately leaving behind the tradition of the austere, impenetrable monument, the Pompidou Centre is totally transparent in both face and function. It is inviting and understandable. In addition to the big entrance Forum, the main upper-level gallery spaces and the vast library – the Bibliothèque publique d’information, found on the first, second and third levels of the main building –, the site also houses other departments, including the Atelier Brancusi and the IRCAM – the institute for music/acoustic research and coordination. Despite earlier widespread opposition to the project, the public was quick to embrace the Centre Pompidou. From the opening in 1977 more than 150 million visitors passed through its doors. This extraordinary popularity made it necessary to close the building in order to renovate and enlarge public spaces. The Centre Pompidou re-opened in 2000.
Photo credits: Hiepler, Brunier
Countries: FRANCE
Categories: CULTURAL ARCHITECTURE AND EVENTS
Designer: ROGERS STIRK HARBOUR + PARTNERS | RENZO PIANO BUILDING WORKSHOP
Status: Completed
Inaugurazione: 1977
1870 Projects